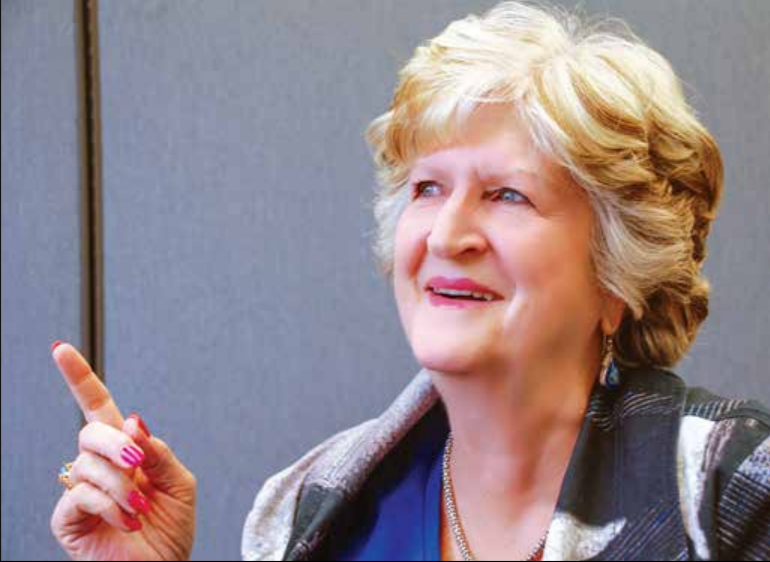 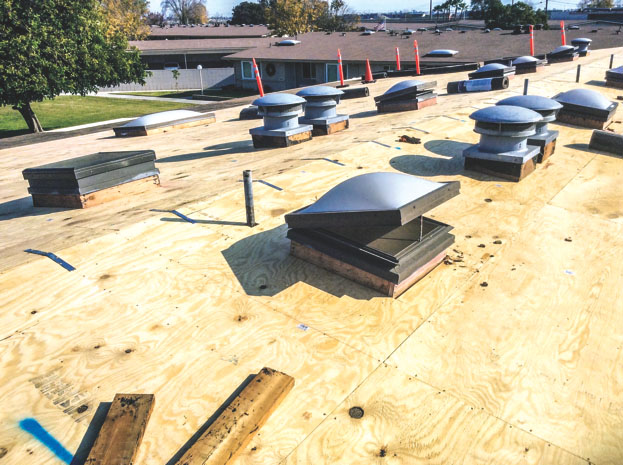 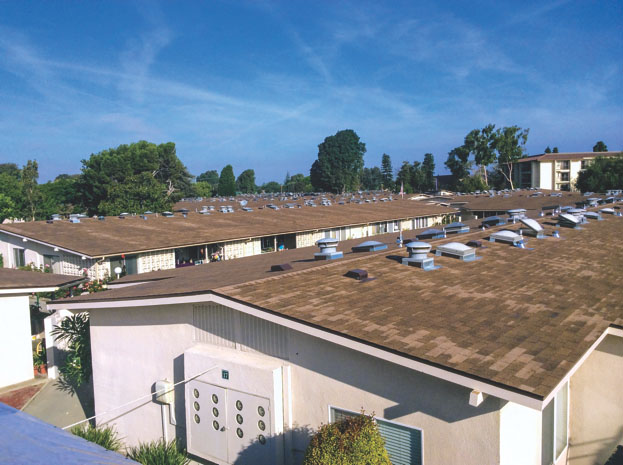 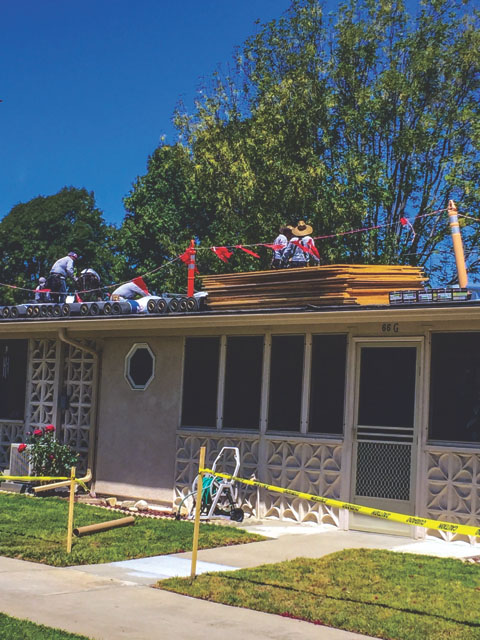 There’s a dynamo on the loose in Mutual 1, and her name is Saundra Luther-Stark. She’s a Kentucky-born straight-shooter and has lots of claim to fame in her life, including a first cousin by the name of Billy Ray Cyrus.

But the thing that makes her stand out in Leisure World is her laser focus on making life better in Mutual 1—from the ground up.

Luther-Stark is the president of the Mutual 1 Board of Directors. It’s the second-largest mutual with 844 units and the first one built, so aging infrastructure is a top priority.

“I know how to look at the big picture,” she said.

And that’s been a big plus. It’s fostered a can-do spirit in Mutual 1 that has yielded big results. Mutual 1 alone has put new roofs on every building and new copper pipes in every unit.

In two short years, 70 buildings were capped with sturdy new roofs. A repiping job is finishing up, and a sewer line upgrade is in the works with completion expected in the next five years.

That’s a lot of nuts-and-bolts renovation in a short time. As with any improvement project, “You wait for the sky to fall in, and when it doesn’t, you just keep on going,” she said.

Humor, hard work and foresight have overcome a few unforeseen wrinkles—dry rot, water, mold and termite damage; materials disputes, and a roofer who fell through a skylight.

Occasionally tempers flared at board meetings, but Luther-Stark handled it in her inimitable style: “Take it behind the barn,” she’d say.

She’s been on the mutual board since June 2012 and in the top spot since November 2015, when the previous president resigned. “There was no one else, and that’s a constant challenge everywhere, finding people who want to serve on mutual boards.” At the time, her mutual was just starting the roofing project.

It was foresight that allowed the job to roll forward unhindered.

“I’m proud of Dave Julian, former president of Mutual 1,” said Luther-Stark. “He was the only one pushing this. He had the foresight to start the reserves 10 years earlier, so we had the money to do this work.”

On the plus side, the Mutual hired a top-notch company, Roofing Standards, and the job was streamlined because of how the mutual is configured.

The original concept for Leisure World was for all 14 parcels, or mutuals, to be built in a “wheel” design—a cluster of four buildings each, with two end to end, each pair perpendicular to the other, like spokes or a cross. Each cluster of buildings are nestled together in “X” shapes like a puzzle.

Mutual 1 and Mutual 16 were the only parcel actually built that way because Leisure World developer Ross Cortese quickly discovered that the two bedroom units sold better and that the end units near the laundry rooms could be made larger.

But for reroofing, the “wheel” design is excellent, offering easy access to eight buildings at a time via the laundry rooms. Trucks pulled into the carport and right up to the end units, with roofers hauling down debris and pulling up wood and shingles. Over the course of the project, roofing crews removed dry rot and replaced it with new treated wood. New gutters, skylights and down spouts were also installed.

It took about one week per building to tear out the old roof, hammer in termite-treated wood, replace the skylights and install weatherproofing, capped off with shingles. The job included new front fascia (a wooden board covering the ends of rafters) and gutters.

The work was well done and completed on schedule, Luther-Stark said. The project was bid at about $3.1 million but dealing with termite damage inflated the final price.

“We were lucky that there were very few rainy days to slow us down” she said.

As soon as the roof project was finished, the repiping was too follow.

Mutual 1 had scheduled the repiping to start immediately after completion of the roofs, but in early 2015, five units had water leaks, at a cost of about $50,000 each. People had to be placed in hotels, damage to floors, repaired; and furniture, replaced.

“The Board decided it was most important that we advance the repiping project,” said Luther-Stark. “We went out to bid, and we chose John Nelson as all he does is repiping.”

John Nelson Plumbing Co. started work Aug. 1, 2015, and the project came to a screeching halt after a Seal Beach inspector advised that all asbestos must be removed prior to the repiping.

The asbestos was cleared; permits, obtained, and the job started Aug. 15. Asbestos abatement added about $4,800 a building to the $2.1 million price tag.

For instance, midway through, it was discovered that water heaters had to be replaced too. New federal regulations require water heaters to comply with new Department of Energy efficiency standards, rendering older models obsolete.

Since the repipers had to remove water heaters to change the pipes, they would not charge extra to bring in new units; however, it jacked up the price an average of $4,160 per building times 70 buildings for a total of $291,200, according to Luther-Stark.

The final buildings will be completed this month, to the immense relief of Luther-Stark.

“We feel so blessed to have these two costly projects under our belt,” she said, adding the the board is now discussing sewers. “Our monies are nearly depleted, but CFO Bryon Schweitzer estimates at if we can do 15 buildings a year at about $ 62,000 a building, we will have our sewers replaced in five years.

“Now that will take a load off my shoulders,” she added, with a smile.
Mutual 1’s first residents moved into the community on June 8, 1962, and 844 units sold in less than eight weeks, according to the LW Historical Society.